The Baltic Sea’s Wild Side: A Spring Outing at Brodtener Steilufer’s Pristine Shoreline

With spring in full swing, we seized one of the first sunny days of the season to take a trip to the Baltic Sea. We’ve teamed up with the electric car-sharing app WeShare to inspire you to discover some of the most beautiful destinations in the region around Hamburg.

If you want to feel like you’re on vacation without chasing far-away destinations, we recommend a trip to Brodtener Steilufer. This pristine section of the Baltic Sea’s shoreline is wild and overgrown—wind and waves carve away at this meter-high cliff while sand martins nest in crevices between the rocks. Today, nature seekers flee Travemünde’s overcrowded beaches to relax at the point where pirates would frequently ambush unsuspecting fishermen back in the Middle Ages. 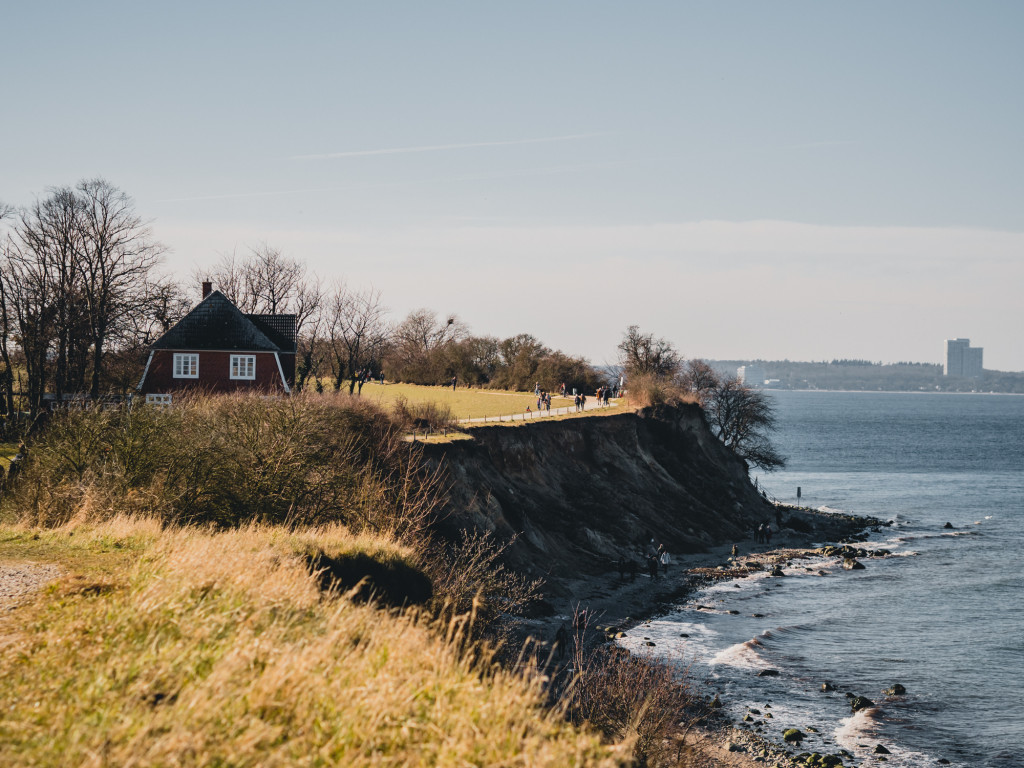 It’s no secret that Hamburg’s weather is very much hit or miss. All the more reason to make the most of a sunny spring day. We’re delighted to have a whole fleet of WeShare cars scattered throughout the city centre. The drive to Brodtener Steilufer is quick and easy; it takes us just under an hour to reach the free parking lot in Niendorf. From here, we set out eastward on foot, guided by the field-lined paths that trace the upper side of the coastline. 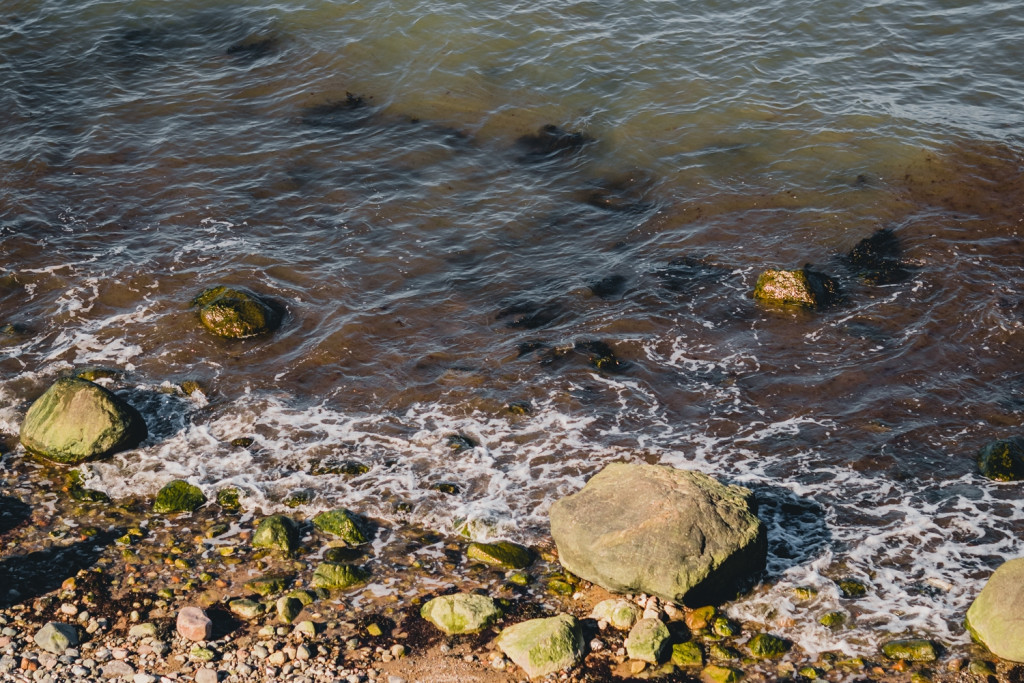 After taking in the breathtaking views of the cliffs from above, we follow one of the small, marked trails that leads all the way down to the water’s edge. The path is lined with a mix of jagged rocks that were carried to the coast from Scandinavia during the Ice Age and a series of gnarly, uprooted trees—a beach that looks like it fell off the cover of an adventure magazine and the comforting sound of waves rolling over the sand complete the picture. 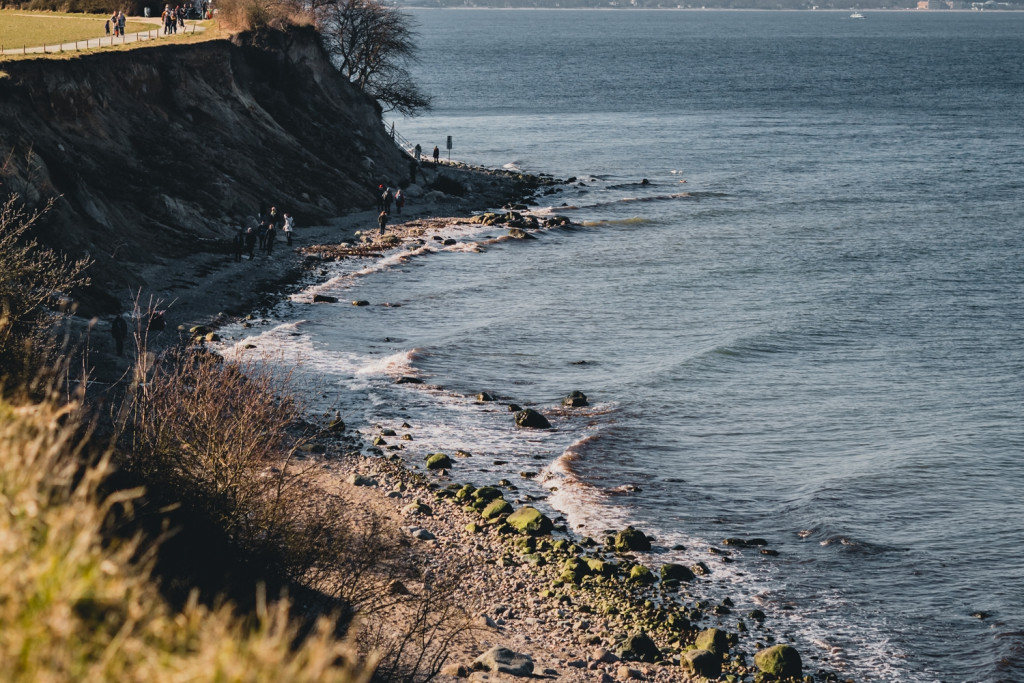 Eager to see more, we head back up the cliff and continue eastward along the path. Fantastic views of the rugged coastline and glittering waters as far as the eye can see await. About half an hour later, we reach Hermannshöhe Erlebniscafé. This is a great place to grab coffee, refreshments, ice cream and cake. You can also bring your own snacks and have a little picnic overlooking the Baltic Sea at the Hermannshöhe lookout point. 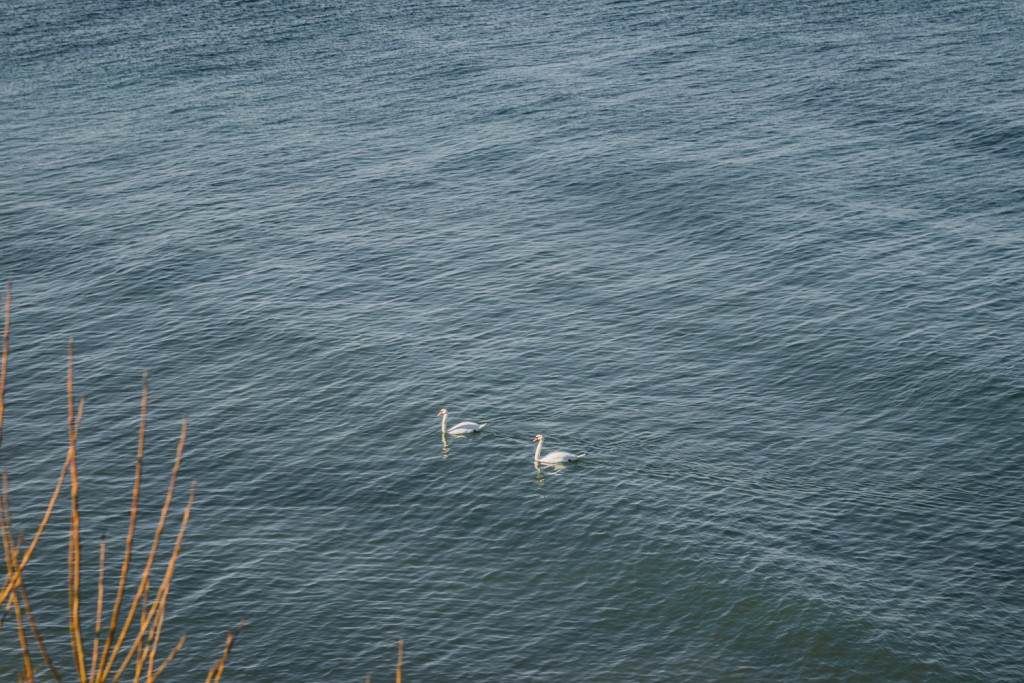 With our hearts and bellies full, we continue along the shoreline until we reach our final destination of the day, the nudist beach over in Travemünde. From here, we turn around and circle our back to the car along the coastline. It’s still a bit too early in the season to go for a quick dip. All the more reason to return to some of our favourite bathing spots this summer.

If you want to charge your ID.3 on the way home, you will find a charging station outside Lübeck where you can charge for free with the WeShare charging card. 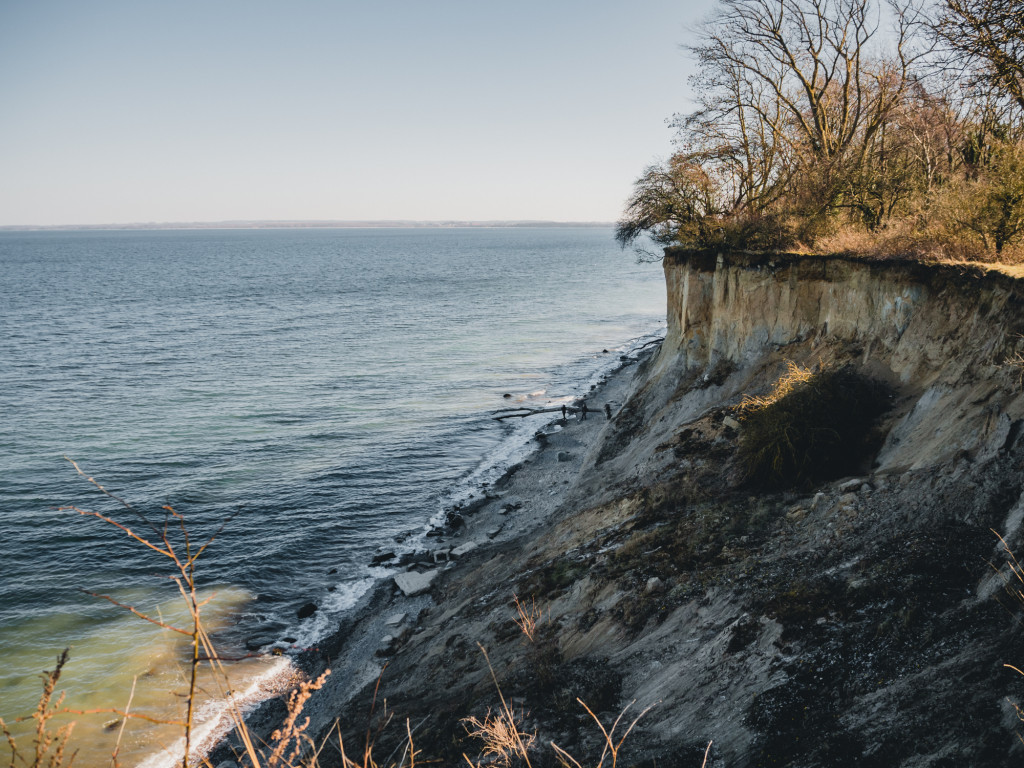 In collaboration with WeShare, we plan and test exciting excursions near Hamburg and Berlin for you. All are easily accessible with the ID.3, and close to a series of e-charging stations. 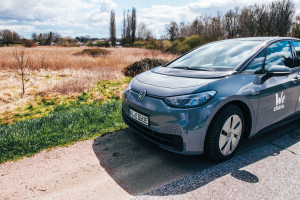 A 24-hour WeShare rental costs €59. If you register with the code HAMBURG LAKES,  you’ll get €10 starting credit, which brings the rental down to only €49 for an entire day. Simply sign up in the app for free, enter your code and start driving.

We’ve partnered with the 100% electric car sharing app WeShare to provide you with an environmentally conscious, inexpensive and simple way to explore nearby lakes, rivers, forests and fields. Our local travel-loving teams selected some of the most relaxing getaways in the region from our Hamburg Edition and Weekender Edition Hamburg. Get ready to embark on breathtaking day trips and unforgettable weekend escapes. 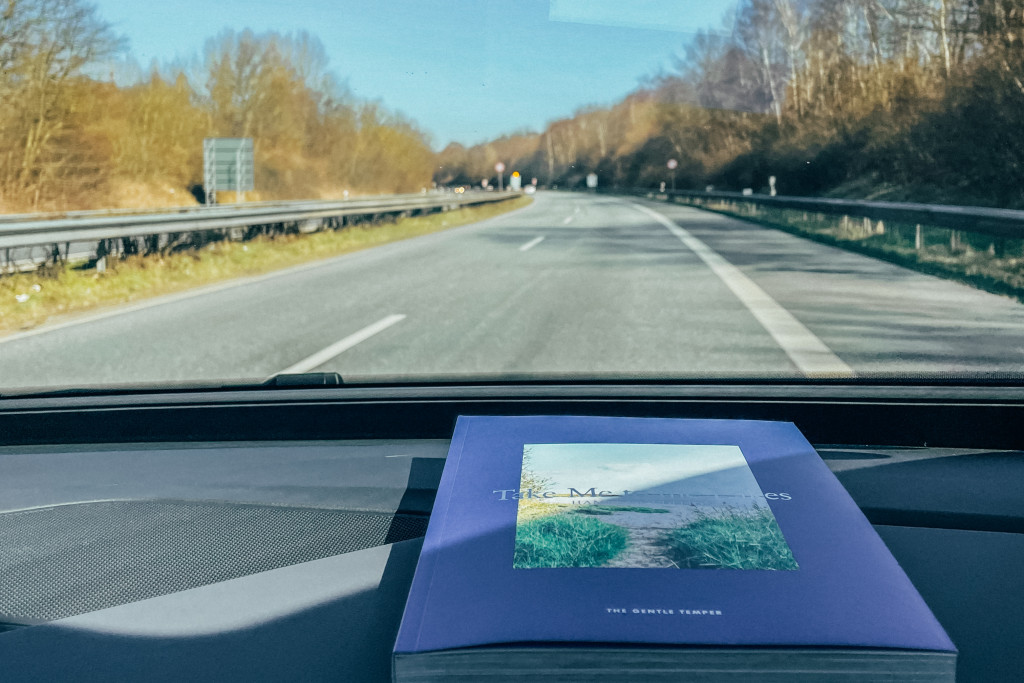 Install the Plugsurfing app on your phone to access the +400 electric car charging stations in the region around Hamburg and beyond. 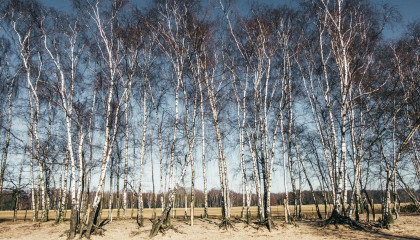 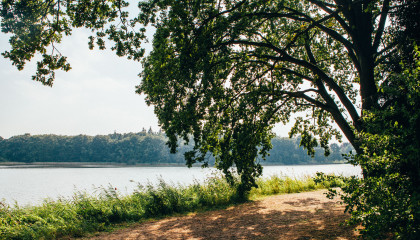 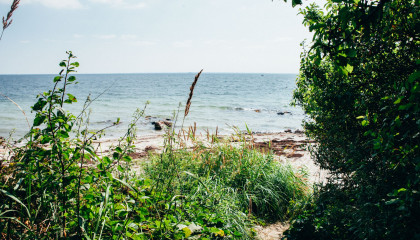 Take Me to the Lakes – Hamburg Edition: New Lake Guide